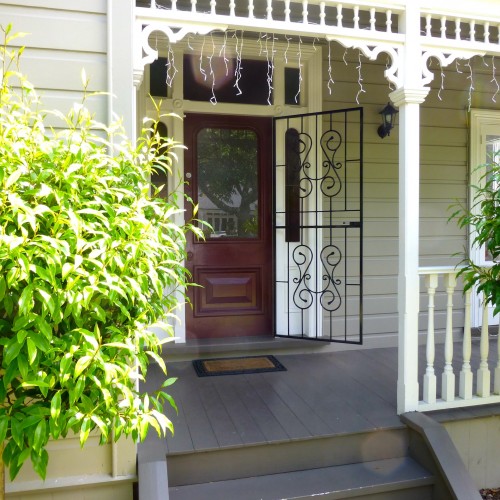 85% of domestic burglaries are opportunistic. Theft involves taking something that does not belong to you. Burglary differs from theft as it involves breaking and entering with intent to commit a crime.

When Shrek said to Donkey “I’ve got Layers” that’s how I like to describe security. A big dog is a layer, a radio on is a layer. A security door is a layer.  An opportunist thief or even a tooled up burglar is constantly evaluating risk over reward, so the more layers – the better.

If you can spend a few moments in their heads, you can help yourself from becoming a sitting duck. Think about your routines, where do you put things at home? Do you leave windows open for airflow? Is your front door obscured from street lighting because of an over grown shrub?  Has the bulb by the front door blown?

The inconvenience caused by thieves can be extreme.  If a set of keys is taken you could be looking at changing the locks not only on your house but also your car.  Identity theft can occur with the loss of your credit card and driver’s licence, your membership to organizations or clubs can be used to fabricate identities, for fraud. If your laptop were taken where would you be?

Visually, you want to look as unappetising as possible. A blinking alarm box is good.  A security door too.  All windows visible from the street shut tight. Dirty size 15 boots by the front door, a dog-drinking bowl the size of a small spa pool. The odd human skull on a stick, joking…

Take a moment to think about how your place looks in the eyes of someone looking for an opportunity, and with a bit of awareness and creativity, they will be thinking ‘Too many layers – move on.’